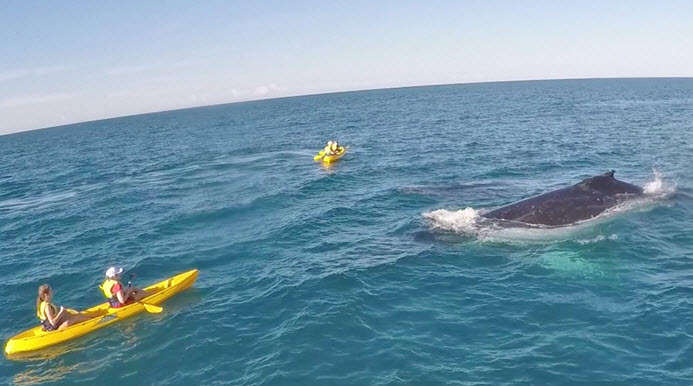 The word is that migrating whales, big in numbers, are travelling early.   Tyron van Santen from Epic Ocean Adventures describes it as a whale highway and with the clear water, he says the visibility is the best they’ve seen.

Ty says that over the last six years  of operation he can definitely say that there has been a significant increase in whale numbers passing Double Island.  Thats great news for locals and visitors alike hoping to catch more than a glimpse of these magnificent mammals.

Wolf Rock Dive report that the humpback whales frolicking around Wolf Rock have been a real treat. With four underwater sightings in one week, they’ve had some pretty happy divers.

You have Successfully Subscribed!